We're open 24/7 and ready to help you during COVID-19 with Sanitization Solutions.

Raz O De Picciotto, owner of 911 Restoration Vancouver has been helping people through different areas of the restoration industry for his entire professional career. 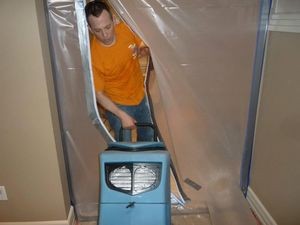 Raz is an expert at everything that he takes on, from being a master locksmith to building and construction contract work.

Raz decided that his skills with giving superior customer service, combined with his abilities at everything in the restoration industry made him a perfect fit for opening his own branch of 911 Restoration.

Originally he wanted to start a locksmith business, which he still runs successfully today. But, at the start of the Great Recession, Raz realized that he wanted to expand, and more fully utilize his skills in restoration work to help the people of Vancouver through any sort of disaster.

“Some people think that it’s about water damage, but really it’s about making customers feel better through their whole experience,” Raz says of his work and services.

“It’s important to take the burden off of people’s shoulders during these times because people have enough to think about without worrying that their home is ruined.”

This heightened level of customer care and attention is what separates Raz from all the other restoration companies out there. He doesn’t just repair homes, he repairs dreams and gives people back their peace of mind.

Raz knows everything there is about the whole restoration industry. And because he is such a man of the people, he always wants to help by giving the information he’s attained over the years back to people before they have a disaster in their home or business.

One of his major tips is to do a scope camera on the drains of the home every year or two. Raz suggests doing this before winter his to prevent any clogs or blockages that may ultimately result in a pipe burst disaster.

Many people don’t realize that leaving their home for an extended period of time can dramatically increase the chances for a disaster happening. When disasters occur in a homeowner’s absence the situation becomes worse than it would have if people were there to ameliorate it from the start.

In an effort to help homeowners avoid such circumstances, Raz suggests that people who are leaving the house while on vacation shut off the main water line to their homes. This makes the chances of a pipe burst or any other water damage inducing problem nearly negligible because there is no water to cause it.

Other tips and tricks that Raz suggests include cleaning the gutters of the home to prevent ice dams and spreading of roofing materials. Additionally homeowners can reduce the hydro pressure to the house through the drain lines. This technique makes it far less likely that the saturation of the ground around the foundation will find a way into the building through cracks and seepage.

Refrigerator Ruin and Raz to the Rescue.

Raz has been on a lot of crazy jobs during his time as a restoration professional. From home foundation swamping to entire bowling alleys flooded with sewage, he has seen and solved them all. On one occasion Raz got a call to a home after the new owner had all of their things shipped in while he was out of town. 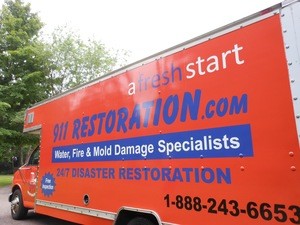 When the installers put the refrigerator in, they failed to hook up the water line to the internal ice maker properly. This resulted in a regular jetty of water being shot behind the refrigerator and onto the floor of the home.

Since the homeowner wasn’t there at the time, no one noticed hundreds of gallons of water spewing into the house from every time the ice maker engaged. For four days the refrigerator flooded the home, ruining the first floor near the fridge and then almost everything below it in the finished basement.

Undaunted, Raz and his team stopped the leak and fixed the plumbing. At the same time, they also extracted the water, replaced the carpeting, tile flooring, laminate flooring, drywall and woodwork everywhere that was affected. When the homeowner saw the finished results, the place looked exactly as they remembered when they purchased the home before moving in.

And since Raz did all of the insurance paperwork and communication, there was really a bare minimum of delay and frustration for the homeowner before they could move in. This is just one example of the high level of skill, craftsmanship, and customer service that Raz brings to every aspect of any job he and his teams work on.